How it all began

Smithwood Narrowboats Limited was formed in 2013 by proprietor Chris Smith.

Chris started his obsession with carpentry at the age of 9 when he tried to copy his neighbours new garden bench. It's fair to say his carpentry skills have somewhat developed from those early days, as he is now recognised as a true craftsman.

Chris started working on narrowboats from a young age, but moved away when his employer went under. After many years of working on sites, Chris decided to return to his roots when working next-door to the old boat yard he worked at as a young apprentice, and so in 2013 Smithwood Narrowboats was born.

Since those early days, Chris has grown his business considerably. From building on the water, then moving into a poly tunnel, Smithwood Narrowboats is now located in a well equipped unit in Harborough Magna in Warwickshire. This unit is ideally located to access all the major canals that form the 'Warwickshire Ring', including the Coventry Canal, the Oxford Canal, the Grand Union Canal, the Stratford-upon-Avon Canal and the Birmingham and Fazeley Canal.
‍

Throughout this period of growth, Chris has always aimed for perfection with each boat build. Chris achieved second place in the 'favourite boat' category at the 2018 Crick Boat Show, and will be aiming for first place with one of the two boats being shown at the 2020 Crick Boat Show.

How the design process works...

Firstly, we determine where you will be using your boat, as the waterways may determine the length of boat suitable.

We then look as the general layout of the cabin and the 'must haves' in your wish list.

Secondly, we'll talk through the ideas that will help maximise every inch of space, providing as much clever storage as possible.

Once we have a basic understanding of the boat layout, we then breakdown all of the elements and discuss the materials and appliances available to you. This is usually taken away as 'homework' for you to ponder your options, it also makes the whole design process a much more fun and rewarding experience.

Once you have submitted your design and chosen materials, we are then able to price the job and give you much firmer idea of costs. We may have already discussed your maximum budget, so if necessary we can suggest areas where savings can be made.

The build process begins with the commissioning and delivery of the hull. Once onsite, we begin the fit-out and craft your dream narrowboat.

You are welcome to pop by and make regular visits to see your narrowboat taking shape. If you are further afield, we are happy to provide you with regular updates with photos.

Once complete and commissioned, we then arrange for your narrowboat to be handed over to you.

We can either lift your boat into the local canal for you to take home on the water, or we can arrange for a specialist boat transport to take your narrowboat by road. 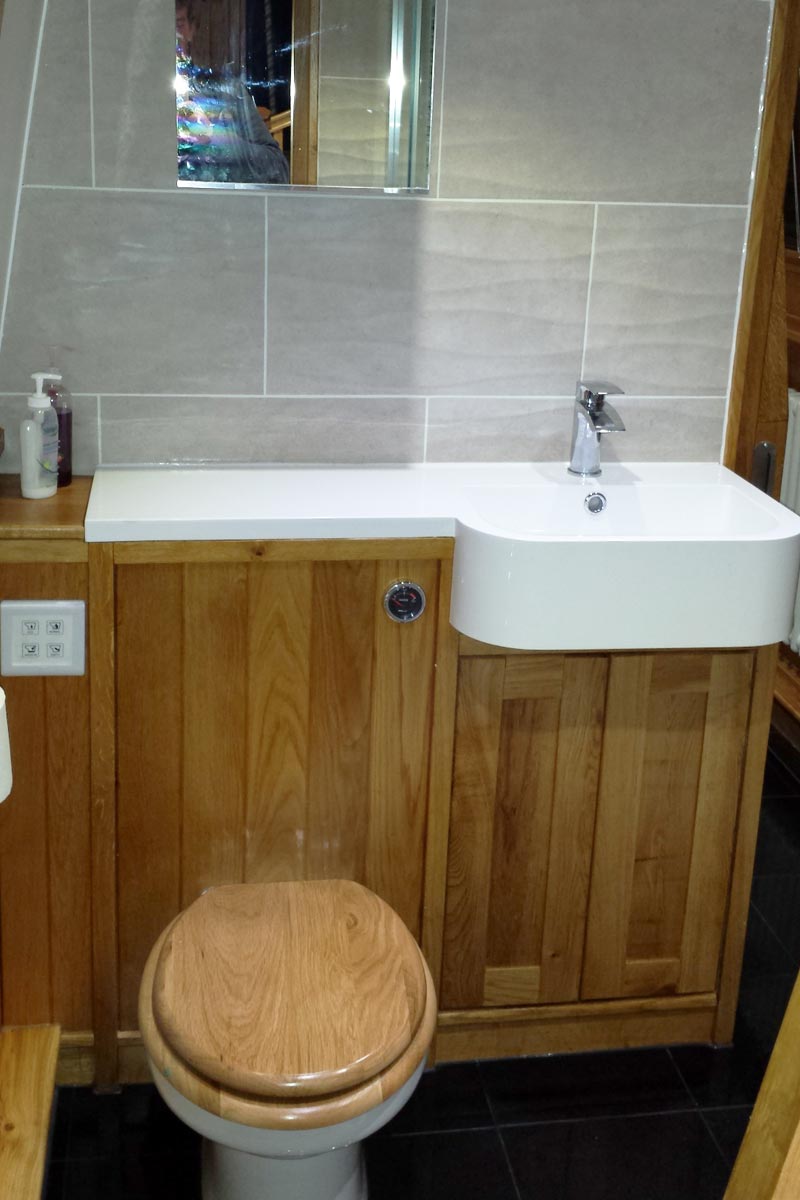 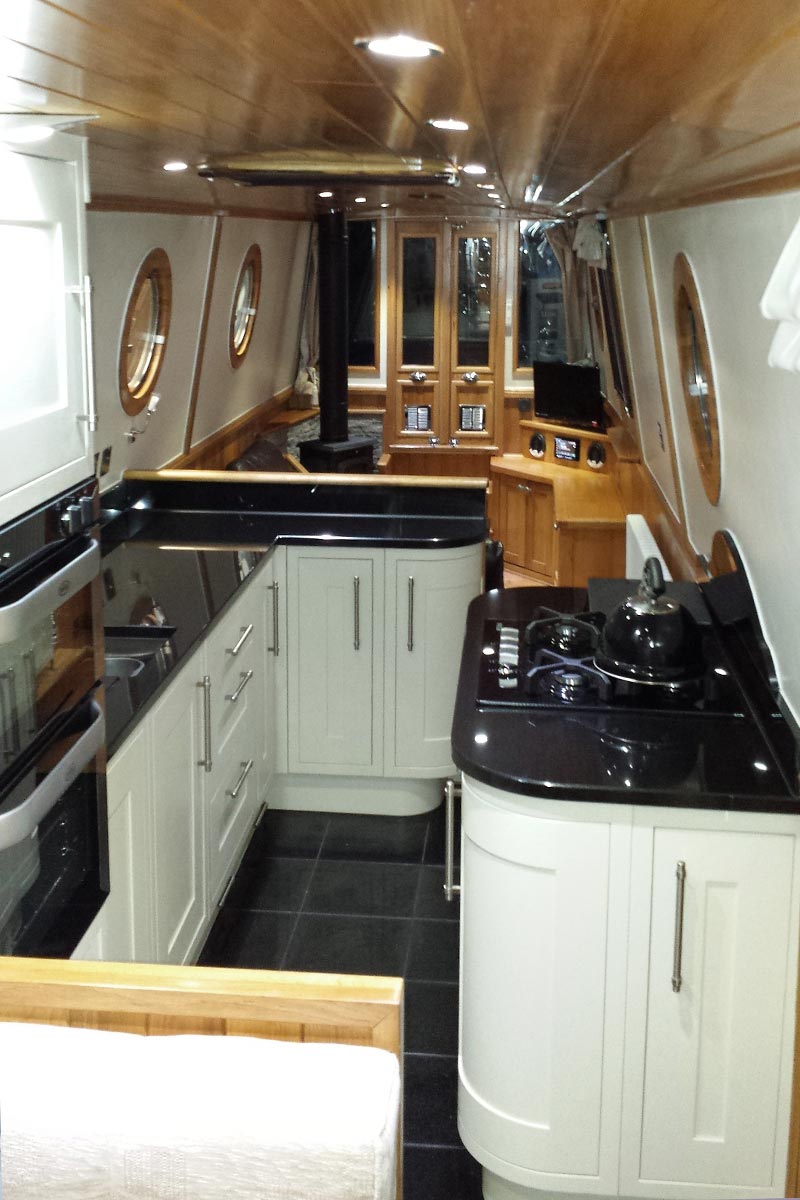 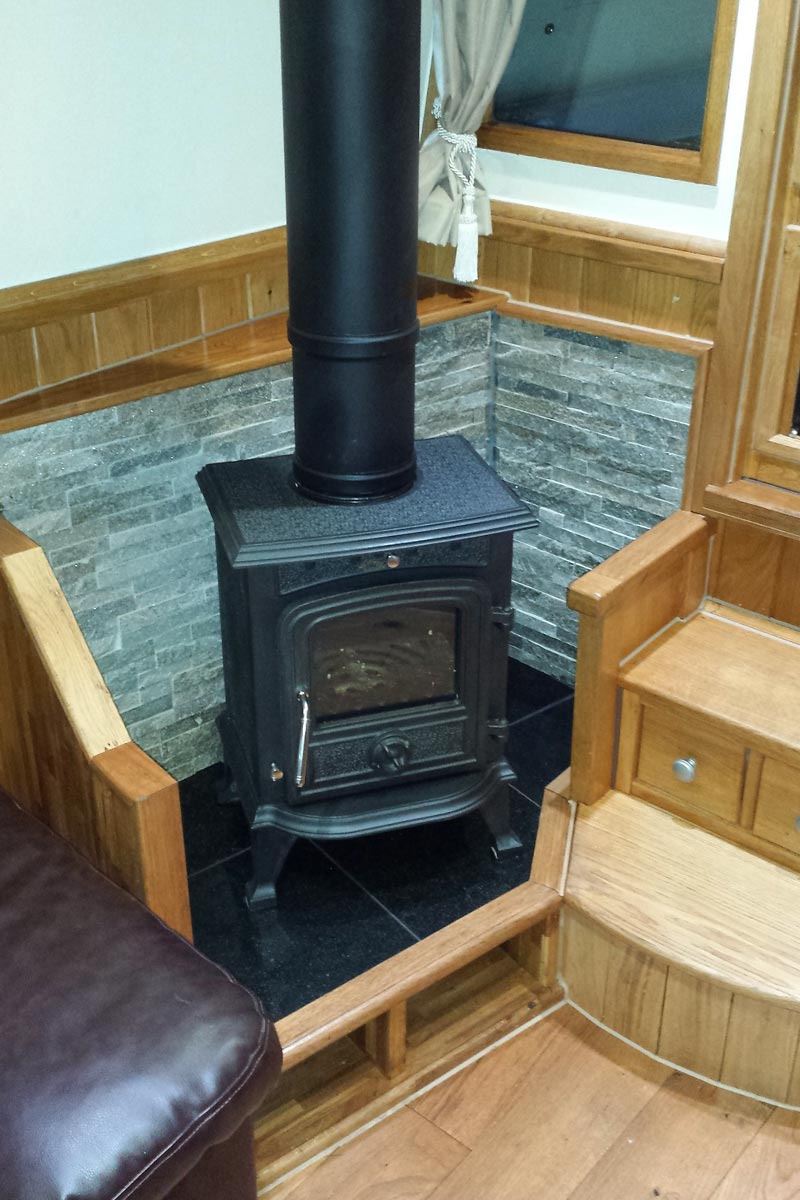 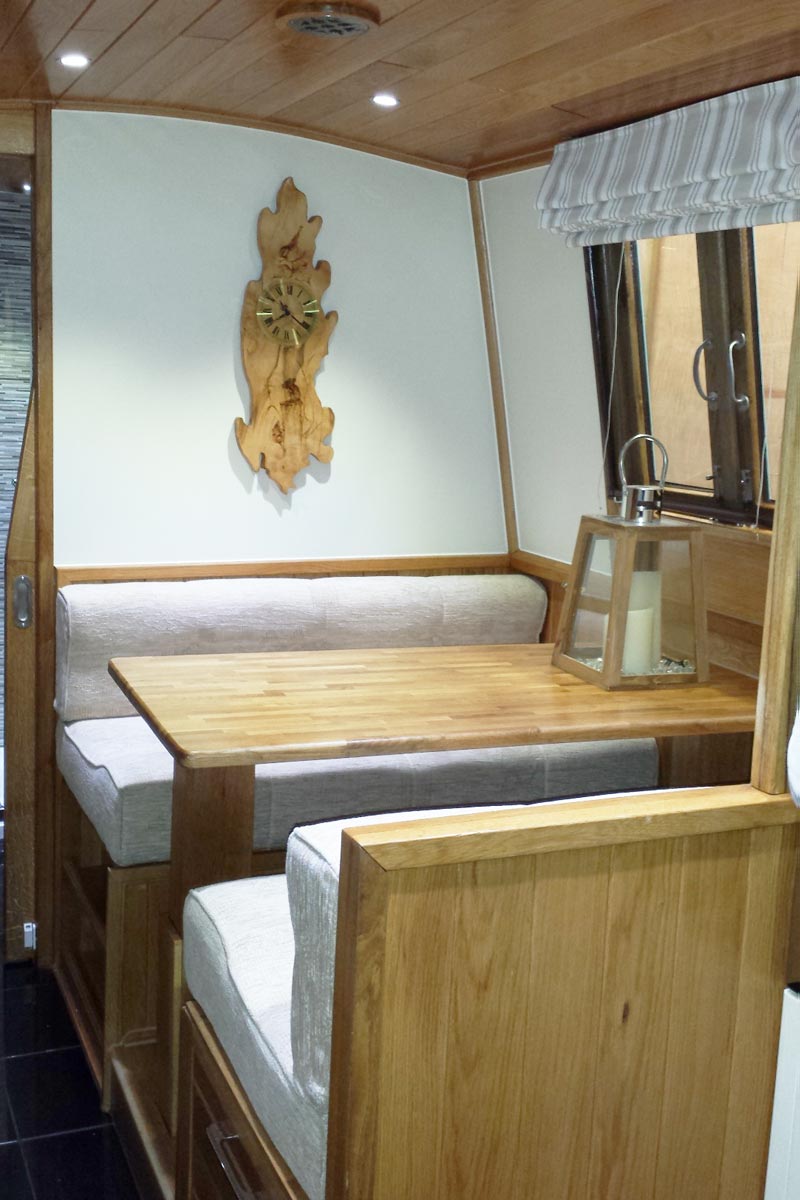 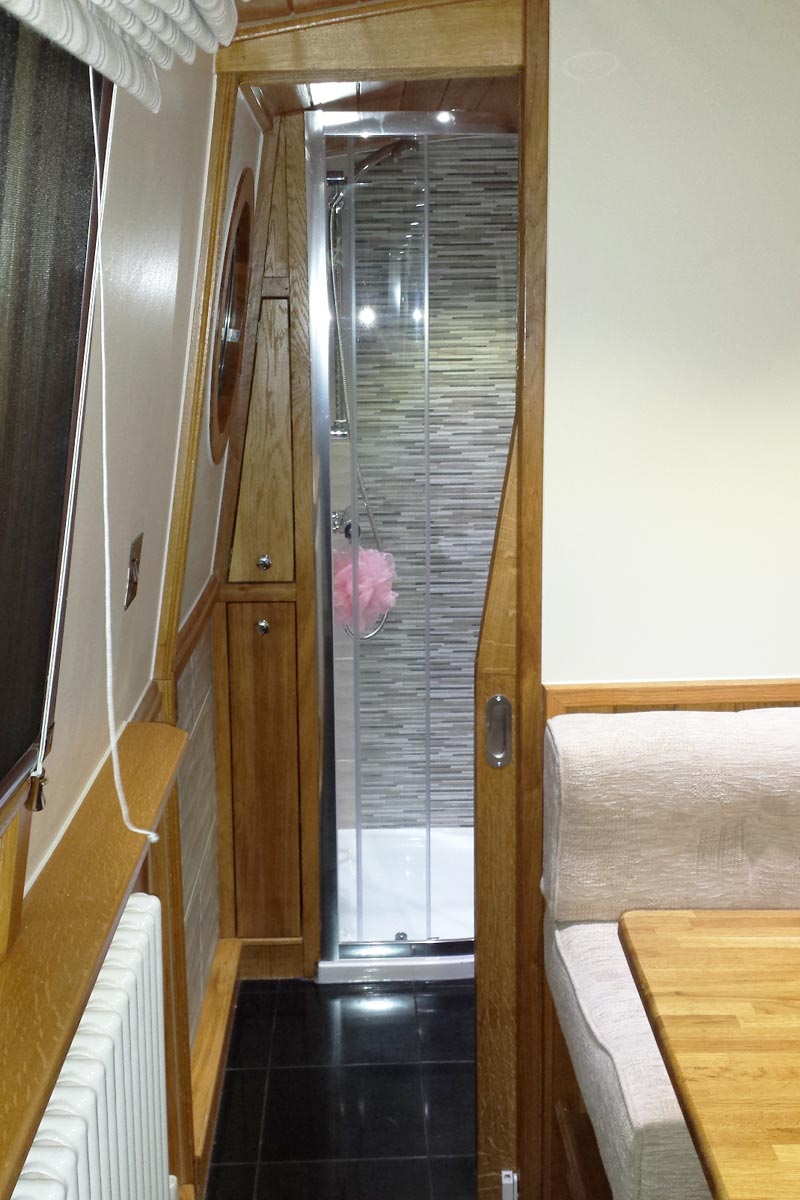 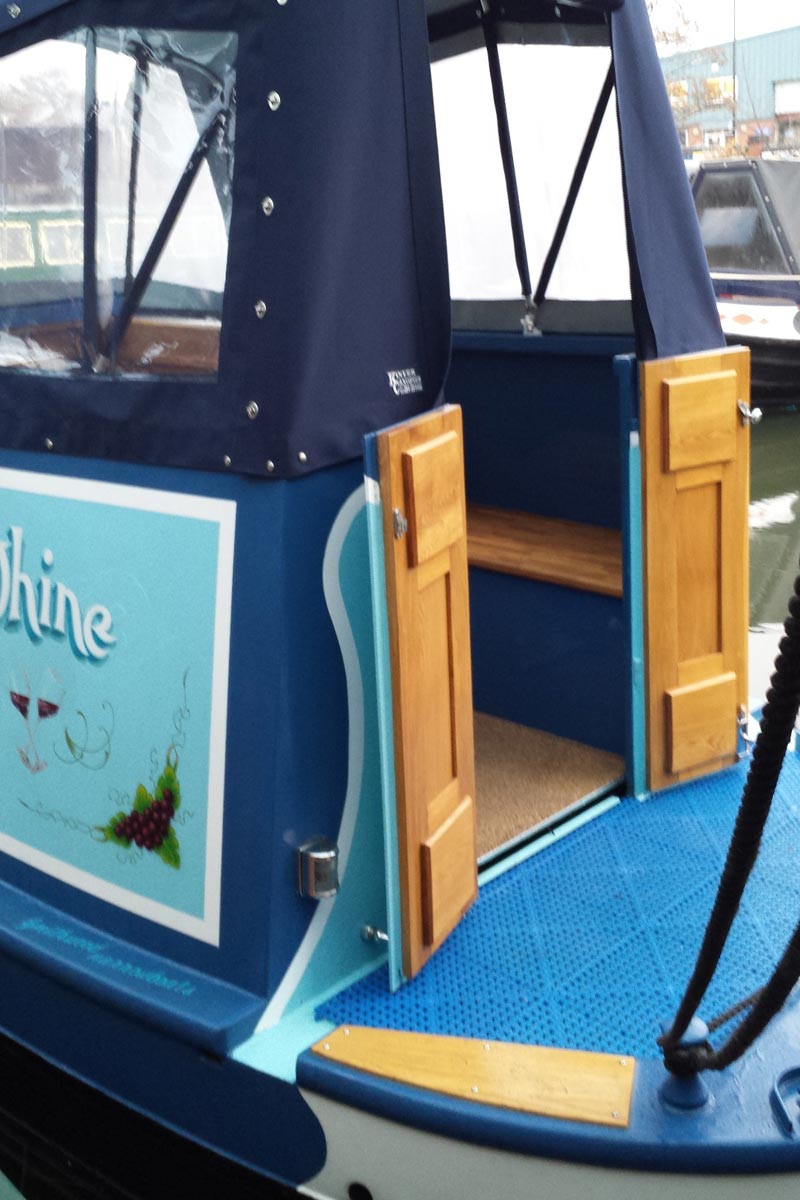 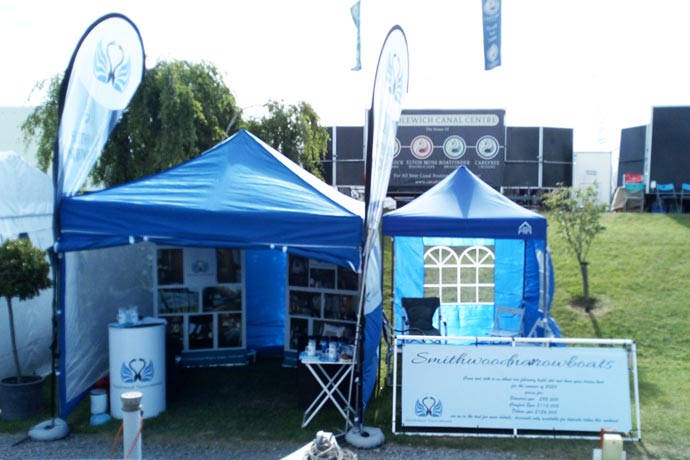 We regularly attend boat shows, so if you see us, please drop by and say hello.

We'll show you around one of our boats, give you some literature and of course, be ready to answer your questions.

You are also welcome to make an appointment to visit our workshop too.

Located in the village of Harborough Magna, a short drive from Rugby. Easy transport links via the M1, M6 or the North Oxford canal. 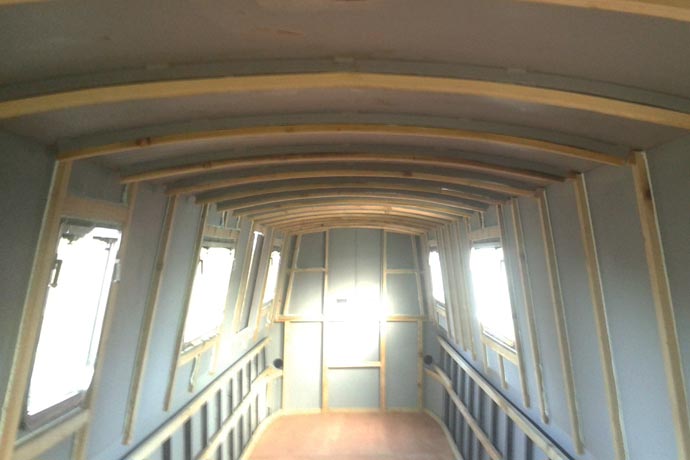 We'll need to have a full consultation to provide you with an accurate quote for your bespoke narrowboat build. We have set 'price bands', plus a handy project estimator which enables you to create a truly bespoke narrowboat.